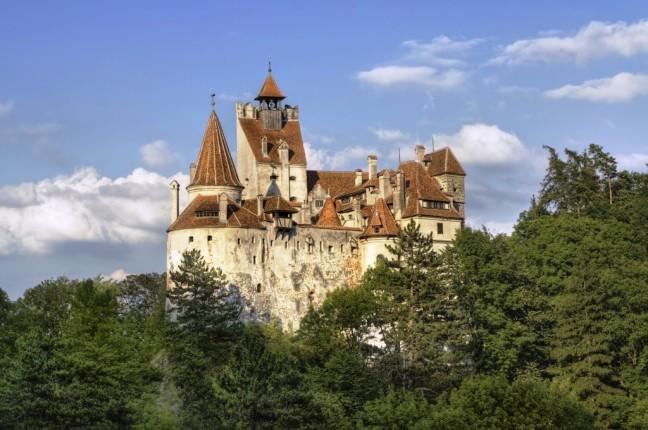 *plus additional 20 km depending on the preferences of tourists

In this escourted day tour we invite you to discover three of the most important tourist attractions of Brasov area wich has more than 50 castle, citadels, fortified churches and fortresses, and also ones of the most beautiful from Romania.

We begin our journey in Brasov by meeting our guide in Targu Mures, or the location where you are staying at ( subject of request).

Our first destination is the tourist town of Sinaia, where Peles Castle is located. To get there we must go trough Sighisoara and Brasov. Breathtaking natural beauty are opened in front of your eyes but the most spectacular view is from Sighisoara Citadell. First stop will be here.

After this, we’ll go to visit Peles Castle, summer residence of the former Romanian royal family.

Peles Castle is one of the most beautiful museums in Romania and was built almost throughout 40 years by King Charles 1. In the tour of Peles Castle you can admire furniture and decorative objects, sculptures, paintings, collection of weapons from 15 th to 19 th Centuries.
We continue our trip to famous Bran Castle . Also called Dracula’s Castle, it is situated at the entrance of Bran-Rucar pass. A remarkable architectural, the monument was built between 1377-1382 on a rock 60 m due to the privilege of November 19th 1377 the Hungarian king Louis I of Anjou.
Bran Castle has been reinforced with vigilance and military functions on southeast Transylvania but also had trade and customs functions on trade route linking Transylvania and Wallachia by Rucar-Bran. Although Bran Castle suffered numerous changes being rebuilt several times (1377), this building keeps imposing Gothic elements of the original. Built originally as a fortress of trapezoidal shape, surrounded by a massive wall with shooting holes, Bran Castle proved to be a successful defence point because of his reputation as not having major problems during the more than 600 years of existence. In the inner courtyard of the castle was a fountain, 57 feet deep, to provide water in case of siege.
Bran Castle got its fame from the novel Dracula, written by Bram Stoker and Dracula movie due later directed by Francisc Ford Copplola. After the visit of Bran Castle, we go to have lunch in a lovely location-Vila Bran, a restaurant with a gorgeous view of the surroundings and Bran Castle.

Later in this tour we travel, to the town which, besides Rasnov picturesque streets with medieval houses disorderly arranged, will enchant you with its gorgeous Rasnov Fortress.
Rasnov Fortress is one of the best preserved peasant fortress of Transylvania and was built in 13-14 centuries by the inhabitants of the settlement with the same name, the principal purpose to defend themselves against Tartars attacks and was conquered only once around the year 1600 by Prince Gabriel Bathory.
We will visit the small museum inside Rasnov Fortress, but the main reason to come here is the 360 degrees beautiful view over Brasov Depression and Piatra Craiului.
Near Rasnov Fortress were filmed some scenes in the 2003 film „Cold Mountain”.
We end this tour by returning to Targu Mures , hoping you have spent a wonderful time and drop-of at your location.

Prices (from other part of Romania): dependig of the group size

Not include: Entrance fees, meals, tips